Dementia refers to the loss of previous levels of cognitive, executive, and memory function in a state of full alertness. The condition has a slow, insidious onset, and degenerates into a chronic, progressive and irreversible state. With the longer life expectance of the world population, cases of dementia have continued to increase.

Dementia is caused by various factors. However, the following are major etiologic classifications for the syndrome of dementia:

The following have some of the clinical manifestations related to the condition of dementia:

The nursing assessment of a patient with dementia involves the following:

The nurse must conduct a psychiatric interview and must contain a description of the patient’s mental condition with an extensive description of behavior, the flow of thought and speech, affect, mental content and thought processes, cognitive status, sensorium, insight, intellectual resources, and judgment.

The nurse should perform a serial assessment of the psychiatric status. This is necessary to determine the fluctuating course and acute changes in mental condition. The interview with family members should be included as it will be crucial in the treatment of infants and young children with cognitive conditions.

There are two major nursing care planning and goal for dementia and they are:

The nursing outcome criteria for a dementia patient include:

Need Help? Chat with us!
Start a Conversation
Hi! Click one of our members below to chat on WhatsApp
We usually reply in a few minutes 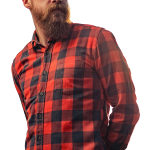